We will be honoring several queer individuals who are making an impact in or around the Capitol. Our honorees this year:

Alan LoFaso is a 30-year legal and policy professional in California state government. He led substantial efforts toward LGBTQ equality and responding to the HIV/AIDS epidemic in the State Capitol during the 1990s and early 2000s.

LoFaso also recently served as Deputy Controller for Health and Housing Policy, advising the California State Controller’s Office and serving as a designee to the California Public Employees’ Retirement System, the California Tax Credit Allocation Committee, and numerous other state boards and commissions.

A member of the The State Bar of California, LoFaso graduated with honors from the University of the Pacific, McGeorge School of Law.

JP Petrucione is the highest-ranking, out transgender gubernatorial appointee in California state history. Over the course of his professional life, he has integrated his identity and values as an out queer into his work, working from the inside to shift institutional mindset and policy.

JP has spent his career in the political and policy media space, starting out in direct mail before moving on to digital and social. He spent 3.5 years as then-Mayor Gavin Newsom’s Deputy Communications Director, where he had the honor of his life to be part of the Mayor’s paradigm exploding push to make gay marriage legal. Prior to joining the Newsom administration in January, JP was the Global Director for Digital Media for Public Policy at Airbnb.

He was born and raised in San Francisco, where he also spent his formative queer years hanging out at the Lexington Club, Dolores Park, Hot Pants and, a few places in between, transitioning from a baby dyke to a trans-masculine queerdo. He stays in Sacramento but lives in Portland, OR where he moved eight years ago to live the urban country life and rescue Chihuahuas. He loves pickling and gardening.​

Marisol Barajas has engaged in expansive work to help improve the quality of life for residents of the greater Long Beach area, including children and families who have low incomes, immigrants, women, and LGBTQ communities. Marisol is an experienced bilingual health educator, as well as a community advocate who is dedicated to developing leadership. In 2004, she began her career in community leadership in the nonprofit sector through an AmeriCorps Public Allies Fellowship.

In late 2011, after more than five years of community work and organizing experience, Marisol left the nonprofit sector to continue her career with the California State Legislature. Three years later, she was promoted to District Director for Assemblymember Patrick O’Donnell. She is passionate about creating a positive impact for underrepresented communities.

Marisol is well known in Long Beach as an out lesbian who is dedicated to developing strong community leaders and addressing health, housing, and violence prevention issues. Her prior community advocacy includes her work as Manager of Health Education for the Children’s Clinic and as a Housing Advocate for the Legal Aid Foundation of Los Angeles.

Marisol received her B.A. in Women’s Studies with a minor in Sociology from California State University, Long Beach. She has served on several boards, including for the Long Beach Immigrant Rights Coalition.

In 2018, Marisol received the Gene Letzner humanitarian award by the California Conference for Equality and Justice. In 2013, Marisol was named a Long Beach Post 40 Under 40 Award Recipient for her advocacy on behalf of underrepresented communities in the greater Long Beach area.

January of 2020 will mark nineteen years of service to the California State Senate, for Mark Teemer Jr. 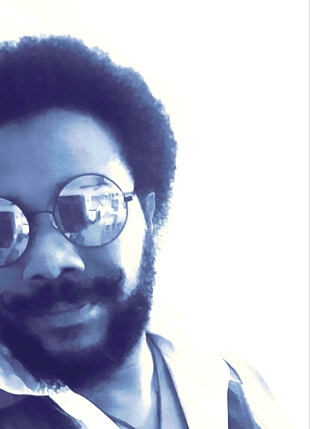 In 2001, Mark began his Senate career in the office of (then) Senator Tom Torlakson. From there he went to work for the Senate Committee on Transportation and Housing as a backup committee assistant. Now as the Assistant to the Senate Committee on Human Services, Mark has found that the common thread connecting him to his love of his job at every stage, has been the fulfillment gained by being of help, to not only the constituents who call his office, but also to his colleagues and other legislative staff. He feels most successful when he has been helpful.

A lover of art, fashion, comic books, entertainment and pop culture, Mark finds great joy in attending musical and theatrical performances, travel to various parts of the world, soaking up local culture and finding bucolic spots to visit. As an artist himself, he has a profound appreciation for the psychological, spiritual and emotional benefits of the process of doing art.

Mark sincerely believes that everyone can benefit from expressing themselves creatively, regardless of whether they feel that they have any “talent.” He feels that the act of creating is empowering, inspirational and promotes healing for the human soul. Furthermore he knows in his heart that human imagination is one of the most powerful things in the world. Every single human made thing we have ever seen or experienced began in the imagination. He feels that we are all both creators and creation, everyone is just as important as everyone else and we all exist because we all have purpose.