Alice Kessler is an accomplished legislative strategist with fifteen years of experience in state and local government relations. Immediately prior to joining DiMare, Brown, Hicks, & Kessler, Alice held the position of Director of Government Affairs at Comcast Corporation, where she led policy and community initiatives in the San Francisco and North Bay Area markets for the largest cable television and broadband provider in the United States.

From 2006-2010, Alice served as Government Affairs Director at Equality California (EQCA), where she oversaw all legislative, political and administrative advocacy for a $12M organization that has been a driving force behind some of the most comprehensive civil rights protections in the nation for LGBT individuals.

Alice currently serves on the Board of Directors of the Tides Advocacy Fund and the Yolo County Democratic Central Committee. She is a member of the 2011 class of Leadership San Francisco and the 2009 recipient of the Dartmouth College Gay, Lesbian, Bisexual and Transgender Alumni/ae Association’s Vanguard Award, which recognizes individuals whose unique efforts lead the way in thought, awareness and visibility around issues of concern to the LGBT community.

Bob Hartnagel is Chief of Staff for Government Relations at the University of California’s Office of the President in Oakland, where he oversees state and federal government affairs for UC’s 10 campuses, 5 academic medical centers and 3 national laboratories.

He served for 17 years as Chief of Staff to former State Senator, Assemblymember and San Francisco Supervisor Mark Leno, and in 2005 he staffed the first marriage equality bill to pass both houses of any state legislature in the United States. He was also District Director to former Assemblywoman Carole Migden. 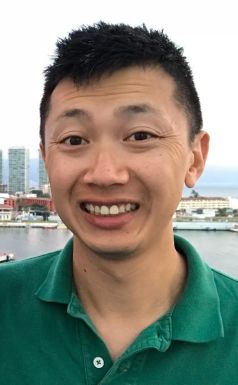 During his 10+ years in the Sacramento/Capitol community, Eric has served as Counsel to the Assembly Judiciary Committee, and as staff to Assemblywoman Fiona Ma during her six years in the Assembly.

Eric received his undergraduate degree from UC Berkeley in political science, and received his law degree from UC Hastings College of the Law.  During law school, he served as senior articles editor to the Hastings Constitutional Law Quarterly and received a Witkin Award for Academic Excellence in California civil procedure. As a law student, Eric spent his summers with the Sacramento City Attorney’s Office and the Sacramento Superior Court Law & Motion Department. He is a member of the State Bar.

Eric lives in Sacramento with his spouse, Frank, and their dog, Casper.

George Raya, a Sacramento native, is a long-time Latino LGBT community activist. In 1970, while an undergraduate student at California State University Sacramento, he helped organize Sacramento’s first openly LGBT organization, the Society for Homosexual Freedom. To secure a charter for the LGBT student group, the students first had to sue CSUS for the right to have a campus organization. They won the court case on Freedom of Speech and Freedom of Assembly issues. 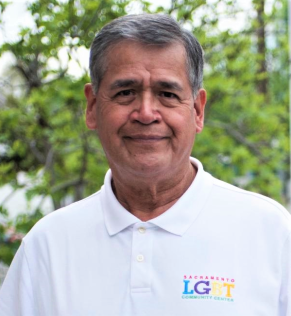 In 2014, George retired from Sacramento County Department of Human Assistance, where he was a Human Services Specialist. Formerly, George served as Chair of the Board of Directors of the Latino Center of Art and Culture. Currently, he serves as Co-chair of the Marshall/New Era Park Neighborhood Association, and Secretary of the Board of the Sacramento LGBT Community Center.

George earned a Bachelor’s degree in Political Science from California State University Sacramento and a Juris Doctorate from the Thomas Jefferson School of Law. In 2015, San Diego Pride awarded him the “Spirit of Stonewall Award,” on the anniversary of him serving as San Diego Pride’s 1975 Grand Marshall.

Jennifer Richard is the Chief Consultant for the Assembly Committee on Labor and Employment and has 24 years of experience working in and around the Capitol. In addition to appointments under Governors Schwarzenegger and Brown, Jennifer previously served as Chief of Staff to Senator Hannah-Beth Jackson, Principal Consultant for Senator Ellen Corbett, and Legislative Director for former Senator Sheila Kuehl, who was the first openly gay member of the California State Legislature.

Jennifer staffed the first transgender-inclusive hate crimes legislation in the United States and led the five-year campaign to pass the Dignity for All Students Act, which prohibited discrimination on the basis of actual or perceived sexual orientation and gender identity in California public schools. In addition, she staffed legislation to reform California’s sex education standards to ensure that they were age-appropriate, medically accurate and bias-free, and the Reproductive Privacy Act, which updated California’s abortion related statutes and codified the protections of Roe v. Wade in California law. Finally, Jennifer staffed the legislation creating California’s landmark Paid Family Leave program.

Jennifer first came to Sacramento in 1994 as a Jesse Unruh Assembly Fellow. Prior to working in the Legislature, she spent 13 months in Africa, on a Watson fellowship, interviewing gay, lesbian, and bisexual people about their sexual and racial identities within the context of the anti-apartheid movement and the emerging LGBT liberation struggles in southern Africa.

Kay Temple Kirk has worked her way up in the nonprofit world from her beginnings doing horticultural work in a cannabis patients’ collective through multiple volunteer and paid roles at Gender Health Center, the Lavender Library, Archives, and Cultural Exchange, and the Sacramento Transgender Arts Coalition.

Kay has participated in a number of lobbying efforts on behalf of the Sacramento Transgender community, as well as for SEIU and for AIDS United. Her capacity for and dedication to public service has earned her a small handful of accolades, most notably Senator Pan’s District 6 “Unseen Hero of the Month” for September 2016. In her spare time, Kay hosts a weekly LGBTQ issues-focused radio show each Monday morning on KUTZ-FM in Sacramento as her alter ego, “Tentpole The Bard.”